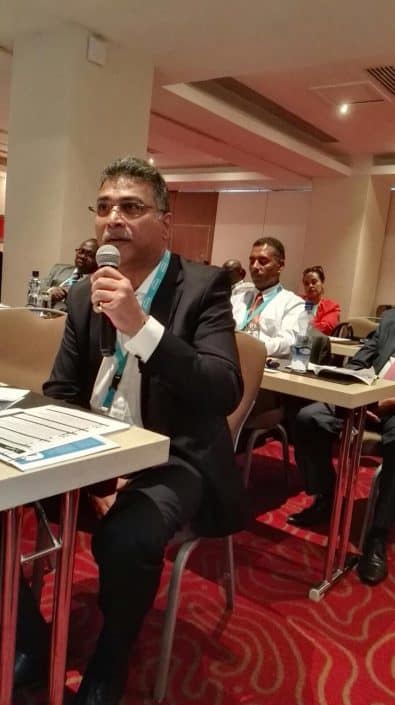 The recently concluded 6th Africa Airport Expansion Summit in Addis Ababa presented a great opportunity for government officials, investors, civil aviation authorities, airport management groups and service groups to discuss the future of airports development across the continent.  Accordingly to IATA reports, eight of the ten fastest growing aviation markets will be in Africa by 2034. This forecast growth in passenger traffic to African destinations underpins the urgent need for rapid, coordinated airport infrastructure developments across the region.

As an active participant in these discussions, ASM’s CEO and Founder, Mr. Vito Gomes, addressed some thought provoking questions to the participants and Key Government representatives at the Summit. He concurred that growth in Aviation is vital for the economic success of the African economies. However, for Airport Expansions to generate maximum value, it should recognize the needs of all the stakeholders in the demand and supply network. Global Aviation Solution providers like ASM play a critical role in the industry, serving every segment from international airlines to general aviation and charter operators. In the coming decade, African skies must welcome and cater to each of these segments in equal measure to boost both business travel and tourism.

In Vito’s view, there were 3 special areas to focus on:

The accelerated growth and expanding airports infrastructure should coincide with the number of international and local airlines, ground support and flight supports services infrastructure – suggested Mr. Gomes. At this stage, he noted, with inefficient links between African countries, there was little clarity on when and how all major stakeholders would become a part of these developments.

Vito’s comments at the Summit raised the awareness and led to discussions amongst Africa’s Policy makers on the urgent need for a more holistic, pan-Africa Aviation development programme. We hope these valid and constructive suggestions take root in the minds of policy makers to hasten a bright, efficient, value generating and comprehensive future for Aviation in Africa.